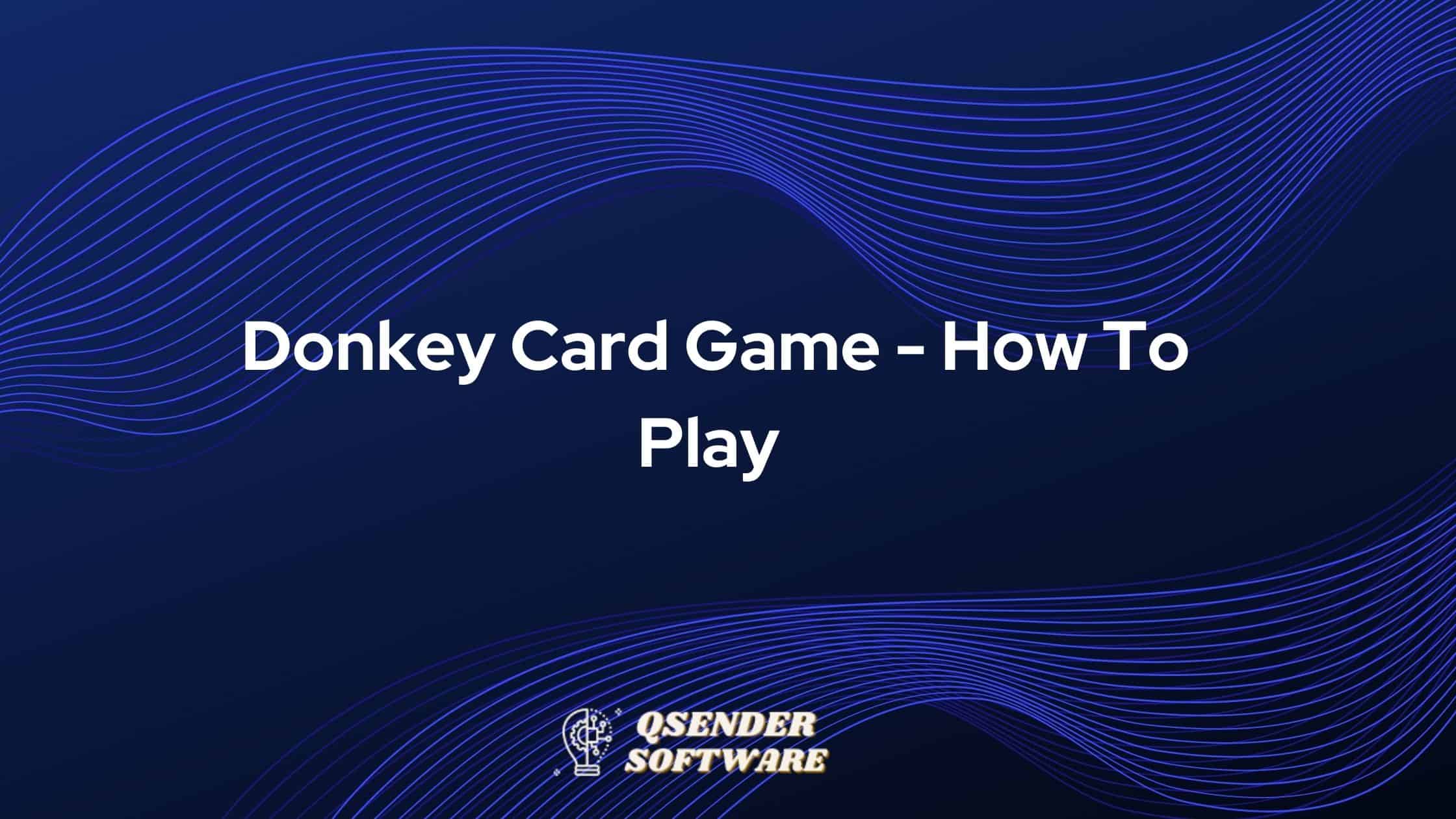 Donkey Card Game is quite a popular card game among all age groups. The game get’s quite challenging and fun as no player would want to be called a Donkey.

The main objective of the game is to match four of a kind and avoid being left out without an object.

First, all the players need to sit around in a circle. Then the dealer will distribute 4 cards to each player.

Then place all the unbreakable objects in the middle. You can use coins, matchsticks, dice and any other small object. One player also has to keep the score, just note down the names of all players and keep the score as the game goes on.

How to Play Donkey Card Game?

First, the dealer will give out 4 cards to each player. Then the aim is to collect 4 cards of the same rank. Unwanted cards can be passed onto to the players on the left. Also, each player will receive a card from the player on right. He/she can either keep it or pass it along again.

This will continue till a player has collected 4 cards of the same rank. Once a player has got the four cards, they will place the cards upside down without telling anyone and pick up an object. Rest of the players also have to pick up the objects once they notice that one player has picked up one object.

The player who is not able to pick up an object before they are finished will lose the round and they’ll get a D first. Similarly, the game will continue and if the same player is unable to pick up an object then O will be added after the D. If a new player doesn’t get it then he’ll get a D. The game will be continued until one of the players has lost six times and D O N K E Y is complete in the scorecard. The loser also has to say “eee-aww” three times.

Just follow the rules given above and play the Donkey Card Game with your friends and family.